From the dietician on the Today Show comes this interesting tip and pleasing to me as I love coconut
"Joanna’s (McMillan) advice
Coconut has a bad reputation as it is high in saturated fats. However this label is unjust as the type of saturated fat in coconut is not cholesterol raising. In fact it is rich in medium chain fats which are known to be far more readily burned as fuel in the body (we used to give them to athletes as an energy supplement) than other fats. Coconut is also very stable and therefore great to cook with".
at May 14, 2011 No comments: Links to this post

With an abundance of cucumbers in our garden I have been trying out recipes to preserve them.
I like this relish it is sweet and tangy.

I cam across exactly what I was looking for on line to work out the best days for planting in our garden
during March 2011.  Here it is below

The table below shows the Moon Phases and Garden activity for the month.
The image and information below have been taken from SolarFire Astro Tides Software Package by Esoteric Technologies.
In order to determine the most appropriate timing of your gardening tasks, the lunar phase and zodiac sign must be used. Each sign has a tendency to be better or worse for sowing new plants or crops, and are considered to be barren, semi-barren, semi-fertile or fertile;
The lunar phases mainly govern what types of planting to do and what type of activity is best.
It is also considered unwise to plant or move any plants on the calendar day on which the moon changes phase.

Reference: http://www.astrologysolutions.com.au/news.htm
So now I am off to study this.  Is there anyone else interested in testing out this system would love to hear
from you.
Hoorooh
at March 09, 2011 No comments: Links to this post

Gardening by the moon

This week I was going through some old books and found and astrology magazine which wrote about planting by the waxing and waning moon.  I wonder if any readers out there have tried this method and how they found it.  My next step is to purchase a moon chart for 2011 as it apparantly depends upon what planets are rising when the moon is waxing and waning that is all important. Now this does not mean one has to go out in the middle of the night and plant - I must admit I once did think that was the case  :-)

Once I get hold of the chart I will fill in further details of the planting cycles.  I think this will be an interesting project as this year we are planting up a big vegie garden.

Anna Bligh the Premier of Queensland who has received much criticism and blamed for a backlash againts labour in the last federal election has shown Queensland, Australia and the World that she is not only a great leader but a devoted Queenslander who has stood 'tall' during this disaster that has hit Queensland so hard. I heard reporters say that she has gained support for teh way she has handled this situation and this is exactly my thoughts.  She has been hands on, keeping the public informed, breaking sad news of deaths and pulling no punches that more were expected.  Her strong messages to the Brisbane people on Wednesday "to get out" don't wait were heeded and she expressed yesterday her pride in these people. Also she has shown a very human side as she became emotional the strain starting to show when she said
"As we weep for what we have lost, and as we grieve for family and friends and we confront the challenge that is before us, I want us to remember who we are.

"We are Queenslanders. We are the people they breed tough north of the border. We're the ones that they knock down, and we get up again.

"Together we can pull through this, and with your help, we can achieve it."


Anna born in born in Warwick in 1960 grew up on the Gold Coast and has lived in South Brisbane for more than 20 years. She is married to Greg Withers who is a senior public servant and they have two sons Joe who was born in 1987 and Oliver in 1993.
at January 14, 2011 No comments: Links to this post

A Safe, Healthy, Happy, Peaceful New Year to you all 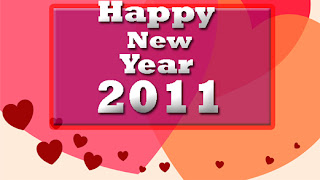 http://plodresearch.angelfire.com/marriages.html Below are extracts from OPR’s purchased mostly from LDS who were additional e...

CHECK OUT MY WEB PAGES